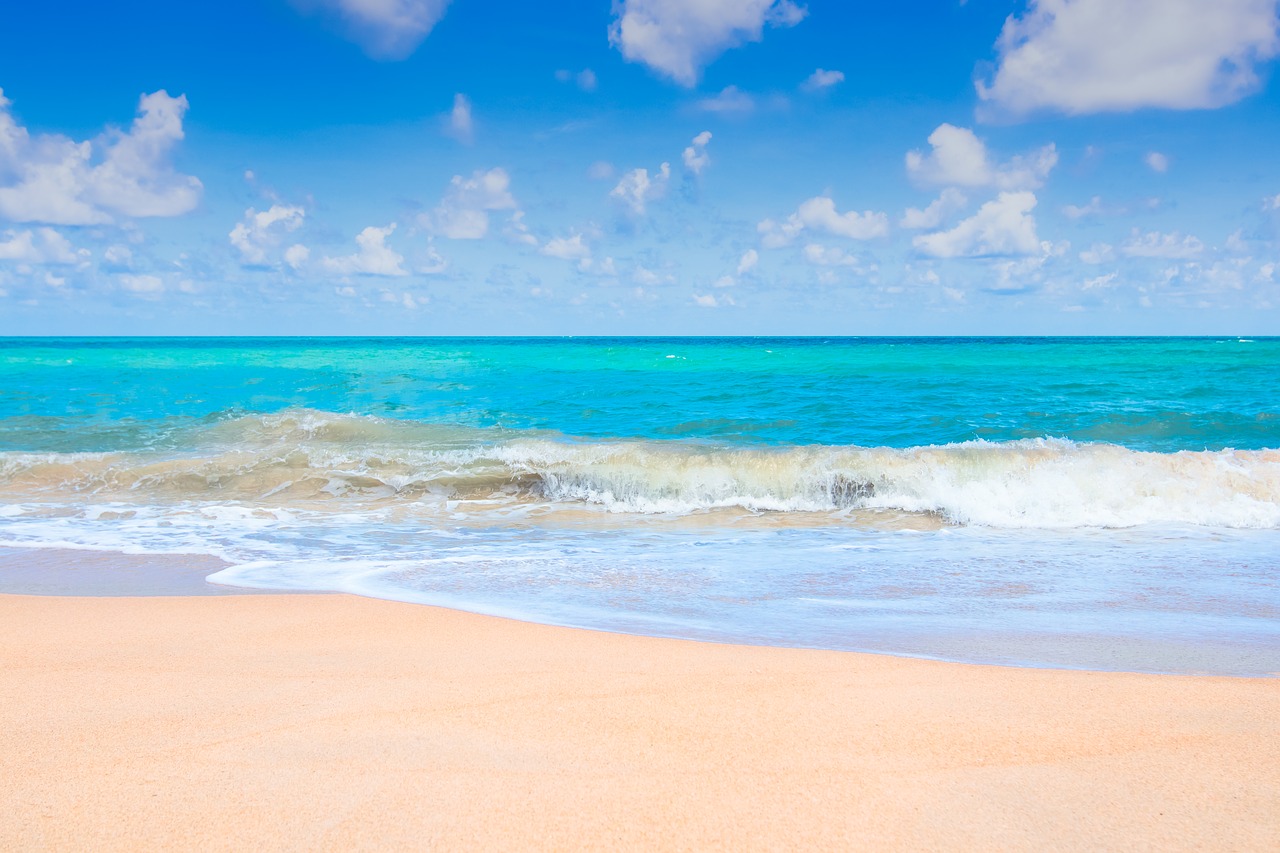 Phuket is one of the southern provinces (changwat) of Thailand. It consists of the island of Phuket, the country’s largest island, and another 32 smaller islands off its coast. It lies off the west coast of Thailand in the Andaman Sea. Phuket Island is connected by the Sarasin Bridge to Phang Nga Province to the north. The next nearest province is Krabi, to the east across Phang Nga Bay

Phuket Province has an area of 576 square kilometers (222 sq mi), somewhat less than that of Singapore, and is the second-smallest province of Thailand. The island was on one of the major trading routes between India and China, and was frequently mentioned in foreign ships’ logbooks of Portuguese, French, Dutch, and English traders, but was never colonized by a European power. It formerly derived its wealth from tin and rubber and now from tourism.

The highest elevation of the island is usually regarded as Khao Mai Thao Sip Song (Twelve Canes), at 529 meters (1,736 ft) above sea level. However, it has been reported by barometric pressure readings that there is an even higher elevation (with no apparent name), of 542 meters above sea level, in the Kamala hills behind Kathu waterfall. Phuket is the largest island in Thailand. It is in the Andaman Sea in southern Thailand. The island is mostly mountainous with a mountain range in the west of the island from the north to the south. The mountains of Phuket form the southern end of the Phuket mountain range, which ranges for 440 kilometers (270 mi) from the Kra Isthmus.

Its population was 249,446 in 2000, rising to 525,709 in the 2010 decennial census, the highest growth rate of all provinces nationwide at 7.4 percent annually. Some 600,000 people reside on Phuket currently, among them migrants, international ex-pats, Thais registered in other provinces, and locals. The registered population, however, includes only Thais who are registered in a “tabien baan” or house registration book, which most are not, and the end of 2012 was 360,905 persons.

Seventy percent of Phuket’s area is covered with mountains which stretch from north to south. The remaining 30 percent are plains in the central and eastern parts of the island. It has a total of nine brooks and creeks but does not have any major rivers.

The west coast has several sandy beaches. The east coast beaches are more often muddy. Near the southernmost point is Laem Phromthep (“Brahma’s Cape”), a popular viewpoint.
In the mountainous north of the island is the Khao Phra Thaeo No-Hunting Area, protecting more than 20 km² of the rainforest. The three highest peaks of this reserve are the Khao Prathiu (384 meters (1,260 ft)), Khao Bang Pae 388 meters (1,273 ft), and Khao Phara 422 meters (1,385 ft).
The Sirinat National Park on the northwest coast was established in 1981 to protect an area of 90 square kilometers (35 sq mi) (68 kilometers (42 mi) marine area), including the Nai Yang Beach where sea turtles lay their eggs.

The most popular (and overcrowded) tourist area on Phuket is Patong Beach on the central west coast, perhaps owing to the easy access to its wide and long beach. Most of Phuket’s nightlife and its shopping is in Patong, and the area has become increasingly developed. Patong means “the forest filled with banana leaves” in Thai. South of Patong lie Karon Beach, Kata Beach, Kata Noi Beach, and around the southern tip of the island, Nai Han Beach and Rawai. To the north of Patong are Kamala Beach, Surin Beach, and Bang Tao Beach. These areas are generally much less developed than Patong. To the southeast is Bon Island and to the south are several coral islands.

Phuket features a tropical monsoon climate. Due to its proximity to the equator, in the year, there is a little variation in temperatures.

Phuket has a dry season that runs from January to February and a wet season that covers the other ten months. However, like many cities that feature a tropical monsoon climate, Phuket sees some precipitation even during its dry season. Phuket averages roughly 2,200 millimeters (87 in) of rain.

Since the 1980s, the sandy beaches on the west coast of the island have been developed as tourist destinations, with Patong, Karon, and Kata being the most popular. Since the 2004 tsunami, all damaged buildings and attractions have been restored. Phuket is being intensely developed, with many new hotels, apartments, and houses under construction.

In July 2005, Phuket was voted one of the world’s top five retirement destinations by Fortune Magazine.

In 2017, Phuket received about 10 million visitors, most of them foreign, with China the leading contributor. Tourists generated some 385 billion baht in revenues, nearly 14 percent of the 2.77 trillion baht earned by the nation as a whole.

The first half of 2019 saw a dip in the number of tourists visiting Phuket, driving lower hotel occupancy rates leading to increased price competition. RevPAR (revenue per available room) is down. A decline in the number of tourists, combined with an oversupply of hotel rooms, is the root of the problem. Despite falling numbers, the Tourism Authority of Thailand (TAT) claims that tourism revenues have risen by 3.1% in the first half of 2019.

No one seems to know how many hotel rooms Phuket has available. Oxfam says it has 60,000 hotel rooms for its 9.1 million annual visitors. The Bangkok Post in September 2019 reported that Phuket has 600 hotels with 40,000 rooms.[28]. Three weeks earlier it said that Phuket had 93,941 hotel rooms available, excluding villas and hostels, with an additional 15,000 projected to become available by 2024.

Phuket International Airport (HKT) commenced a 5.7 billion baht (US$185.7 million) expansion in September 2012, scheduled for completion on 14 February 2016. The airport will increase its annual handling capacity from 6.5 million to 12.5 million passengers, and add a new international terminal.

There is currently no rail line to Phuket. Trains run to Surat Thani 230 km away.

There are also conventional bus services and motorbike taxis. The latter are found in large numbers in the main town and at Patong Beach.

Traditional tuk-tuks have been replaced by small vans, mostly red, with some being yellow or green.

Car taxis in Phuket are quite expensive and charge flat rates between towns. Privately run buses are available from the airport to Phuket Town and major beaches.

It is often recommended by locals to take the ride-share company, Grab.

Phuket’s Bus Station 2 BKS Terminal is the long-distance arrivals hub for buses to and from Bangkok and other major Thai cities and provinces. Located four kilometers to the north of Phuket’s town center and port, the complex is large and modern, linking with transportation by tuk-tuk, metered taxi, motorcycle taxi, songthaew, or local bus to the island’s beaches and resorts. There are daily scheduled buses from private and government-run companies going to Phuket from Bangkok’s Mo Chit and Southern terminal stations.

The Mass Rapid Transit Authority of Thailand (MRTA) announced in 2018 that bidding to construct a 60 kilometers-long, 23 station tram network in Phuket will commence in 2020. The 39 billion baht tram is part of the government’s Private-Public-Partnership (PPP) plan which ensures it will be fast-tracked. The planned route stretches from Takua Thung District in Phang Nga Province to Chalong in Phuket. Phase one will connect Phuket International Airport with Chalong, about 40 kilometers. It will take three years to complete.

There are daily ferry boats that connect Phuket to neighboring islands Phi Phi and Koh Lanta. Ferries depart daily from Rassada Pier and Tonsai Pier, with service expanding each year.The average price for a one-way ticket ranges from 300 THB to 1500 THB.

As with most of Thailand, the majority of the population is Buddhist, but there is a significant number of Muslims (20 per cent) in Phuket, mainly descendants of the island’s original sea-dwelling people. Among the Muslims, many are of Malay descent. People of Chinese ancestry make up an even larger population, many of whom are descendants of the tin miners who migrated to Phuket during the 19th century.

Peranakans, known as “Phuket Babas” in the local tongue, constitute a fair share of Chinese community members, particularly among those who have family ties with the Peranakans of Penang and Malacca.

The number of people on Phuket island swells to over a million during the high season, as tourists, mainly from Western Europe, China, the United Kingdom, Russia, and the United States flock to Phuket around Christmas.

There are six hospitals in Phuket. The main hospital in Phuket operated by the Ministry of Public Health is Vachira Phuket Hospital, with smaller hospitals at Thalang and Patong.

From Wikipedia, the free encyclopedia
https://en.wikipedia.org/wiki/Phuket_Province